MARK ZUCKERBERG: The next platform and medium will be even more immersive, an embodied internet where you're in the experience, not just looking at it. And we call this the metaverse.

CORNISH: Now, we're going to hear from the man he's put in charge of making that happen, Vishal Shah. But Zuckerberg's announcement about that vision for the future and about Facebook's rebrand as Meta lands at a moment in which the company is under intense scrutiny. Late-night hosts like Stephen Colbert found Zuckerberg's claim that the recent past had been humbling for the company weak.

(SOUNDBITE OF TV SHOW, "THE LATE SHOW WITH STEPHEN COLBERT")

ZUCKERBERG: We live for what we're building, and while we make mistakes, we keep learning and building and moving forward.

STEPHEN COLBERT: And we will keep building and moving and making bigger and better mistakes.

COLBERT: There's no point in looking back at what anyone did or said or covered up or shredded or dumped into the river. River - what river? Building and learning.

CORNISH: And even among those early adopters already sold on the metaverse, there's some skepticism.

MOORE: The best way I can explain the metaverse as we know it now - it's the internet kind of 3.0. It's an embodied, inhabited internet.

CORNISH: And if you're still trying to wrap your head around, like, the idea of the metaverse, I get it. Some of us are in the same boat. Moore says to think of it this way.

MOORE: These are virtual worlds that, when you're inside of them, feels like you're inside a kind of a cool video game. But it's so much more than a game because it's like the internet, where you're socially connected. So, you know, you can do just about anything in the metaverse. You can, you know, play a game with friends. You can go take a class.

CORNISH: And Jason Moore is already in the metaverse. There are currently a bunch of distinct, mostly unconnected metaverse platforms - VRChat, NeosVR, Roblox and a handful of others. So right now Moore can strap on a virtual reality headset and enter an alternate online universe.

MOORE: I arrive in my home world. It looks like just, you know, a little planet, basically. And from there, I can navigate around to different locations like different websites, basically.

CORNISH: And see a live concert.

MOORE: The show that I saw with all these people is called Mycelia, and it was set in an underground cavern.

CORNISH: On this virtual stage, there was a synth player in an organic kind of mushroom-inspired costume. And above that, this dancer was suspended in mid-air. And the audience...

MOORE: Most of us were kind of down floating in this water that - you could actually swim underwater during the performance and see. And you could also kind of explore the cave system around the central stage.

CORNISH: The metaverse is where the digital world literally overlaps with the real world, and in many ways it feels like real life within limits.

MOORE: You know, you're wearing an avatar. You look down at your hands, and you see hands. You might not be human. You know, my avatar is a big bulldog. So I look down and see these big, meaty paws.

CORNISH: It's exciting and, yes, still a little niche. But this is where Facebook comes in with its nearly 3 billion active users - users that Meta hopes might one day be briefing colleagues in virtual metaverse conference rooms or buying virtual outfits in metaverse clothing shops or, if Mark Zuckerberg's keynote video is to be believed, playing cards on a virtual spaceship.

ZUCKERBERG: Whoa. We're floating in space. Who made this place? That's awesome.

CORNISH: Now, lots of people are skeptical about a mainstream metaverse taking off. They argue internet connection speeds or just the human need for actual physical connection will stop this revolution in its tracks. But if Zuckerberg and Jason Moore are right and the future of the internet is in the metaverse, then Meta's next steps could be incredibly important. That's where this guy comes in.

So first of all, Vishal, welcome to my office.

CORNISH: I take it in the metaverse, I can make this look like - I don't know - like, the White House or something.

SHAH: It's looking lovely as it is. But, yes, you can. You can definitely make it however you like.

CORNISH: Vishal Shah became Meta's vice president of metaverse this year after six years with Instagram. We'll note here that Meta pays NPR to license NPR content. Now, Vishal Shah and I started by talking about the skepticism about the company's rebranding, for instance. Was it a well-timed distraction from the whistleblower who accuses Facebook with leaked documents to support her claims of repeatedly putting the company's image ahead of the public interest?

SHAH: You know, I love the idea that we could have come up with a name change and a rollout of our brand in just a couple of weeks. Frankly, this has been in the works for a couple of years and in earnest in the last, you know, six or seven months.

CORNISH: And we spoke about Meta's intentions around the metaverse. Does Meta want the metaverse to be a walled garden, an economy under its control?

SHAH: No is the short answer to the question. The metaverse is not something any one company can own, can even build alone. We're explicitly not trying to build this alone. It's kind of like saying, you know, what company owns the internet? It doesn't really make sense if you frame it that way. But it is talking about the next generation of experiences that we want to build. And we've said pretty clearly that we want these experiences that get built to be as interoperable as possible because that creates the most value for creators, for consumers, for the economy that you just referenced.

CORNISH: So the way I experience this right now is - let's say you have a mall. There are lots of different stores in the mall. They compete with each other, but someone owns the mall. It sounds like Meta will own the mall. Am I getting that right?

SHAH: Well, if we get this right, then there might be an infinite number of malls that might all contribute in different ways. And maybe we aren't the - in fact, I hope we aren't the mall builder because there will be someone who creates a really amazing mall world. We want to build the underlying infrastructure that helps people build those malls.

CORNISH: And that's a pretty big land grab, right? Like, that's saying you own the city (laughter). You own the streets, right?

SHAH: Well, it's, I think, a little bit different because that's, like, a physical analogy. There's infinite potential land available in this new experience that we're talking about. That's even if you assume that land is the right analogy because in a digital experience, you know, you have worlds, and you have experience.

I think the spatial model is the most important thing we're trying to create, which is that this is a sort of virtual spaces that people can be in together and the idea that there might be a mall experience for shopping together, a school experience to - for the future of education, thinking about the future of entertainment - you know, concerts and live events. And so there are certainly physical analogs. But because we don't have some of those same constraints, how those things might evolve, what they might look like, how they might feel might be pretty different than what we experience in the physical world.

CORNISH: Mark Zuckerberg has said that, quote, "privacy and safety need to be built into the metaverse from Day One." To you, what does that look like? And what would be the definition of safety in this environment?

SHAH: I think the most important thing is that we are talking about it now and early. The vision that we've talked about is five, 10, 15 years out into the future.

CORNISH: But can I stop you there? - because I don't think we all agree on what the it is. As Facebook, as Instagram, Meta has had a serious problem, a serious struggle to moderate harmful content. What do you have to do differently to make content moderation efficient in something like a metaverse?

SHAH: I think these are really challenging topics and ones that we've had - as a company have had to deal with for the last, as I mentioned, 10 or 15 years. And I don't sit here pretending to say we've gotten it perfect, but I will say we've dealt with every single one of the issues that you've talked about. And if you're thinking about a company that's building the next generation of platform and technology, I think it's - I think we're in a better position because we have dealt with those things to ask the right questions upfront to ensure that we are thinking about them in a way that can be future-compatible.

SHAH: I think these are exactly the right types of questions to be asking now. I think a lot of times some of the challenges that we have talked about as a company are not a question of whether something should stay up or should come down from a legal perspective or from a specific policy perspective but what is the right balance between freedom of speech and freedom of expression and something that is harmful. And the rules and the lines on where those are are not something that we, I think, can define ourselves alone as a company. It's why we've asked for more explicit regulation to be able to define what some of those rules are.

Now, that being said, the ability to detect some of those things, the technology to find them - we've invested for years. So I don't mean to say that this is not something that we're taking seriously, that this is not a responsibility that we shy away from. We're very much bringing our heritage and our past with us, both the good in terms of looking at this stuff and the challenges that we've faced.

CORNISH: Do you think people want this? The headsets have been around for some time and augmented reality. I mean, what's your sense of actual demand? Or is this a if they build it, they will come scenario?

SHAH: Well, you know, like with anything new, we've got your typical hype cycle, and then everyone kind of figures out where the real use cases might be. And I think we've seen early traction in gaming, certainly. At the same time, we're starting to see other use cases start to emerge. Fitness has become a really important category that we've seen, and education is a place we are certainly seeing some early traction. It is early. We've said this is five, 10, maybe even 15 years into the future. And I think it's rare for us certainly as a company to talk about something this early but as an industry for us to talk about something so early. But, yeah, this is this is many, many years into the future.

CORNISH: Vishal Shah is the vice president of metaverse at Meta, formerly known as Facebook.

Miguel Macias
Miguel Macias is a Senior Producer at All Things Considered, where he is proud to work with a top-notch team to shape the content of the daily show. 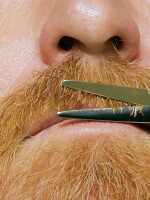