Growing up in Miami, Amore Rodriguez got to know a certain radio jingle by heart.

AMORE RODRIGUEZ: When my grandmother and my mom finally got to Miami, Spanish radio was a big part of their life because it was what they felt the most connected to, the most seen by. So the last thing I expected was that it would be the source of a lot of turmoil between me and my family.

KELLY: A source of turmoil because she says Spanish language stations are spreading misinformation. And her grandmother, who was a professor in Cuba, started to believe stuff that just isn't true.

RODRIGUEZ: It's just like mind-blowing. You know, my grandma believes the election was stolen. My grandma believes that the vaccine is poisonous and experimental. The other day I came home and even my younger sisters, who are younger than I, were telling me that Hillary Clinton was dead.

KELLY: For the record, the 2020 election was not stolen, the COVID vaccine is neither poisonous nor experimental and Hillary Clinton - very much alive. Well, Rodriguez says, at first, she tried to push back against all this. But now...

RODRIGUEZ: I just sit there and have to take it because I've acknowledged that we live in two different worlds. And to them, I'm brainwashed.

KELLY: This is a story that's become familiar lately - families torn apart by misinformation. Reporter Lautaro Grinspan spent the better part of this year digging into this phenomenon in Florida for The Huffington Post. He writes that the people he interviewed singled out talk radio as the on-ramp to extremism. And I asked him, why talk radio more than social media or cable news?

LAUTARO GRINSPAN: Well, the reason is that many listeners, especially, again, older listeners, just really, really trust everything that is on those platforms. Many of these stations have been on the air for decades. For older immigrants, it may have been something that early on in their new lives here gave them this sense of connection or belonging as an exile community. So there's a lot of cultural significance there. And then experts say that what gives some of the Spanish talk radio programs legitimacy is that they frequently include prominent South Florida lawmakers and elected officials who sort of are guests on some of these shows and sometimes take really active roles spreading conspiracies. I'm thinking, for instance, of Congresswoman Maria Elvira Salazar, who back in January was a guest on one of the stations - Radio Mambi.

GRINSPAN: And said that in Pennsylvania last year there were 200,000 more votes than there were registered voters, which is, of course, completely false.

KELLY: You're saying people are attracted to these stations because they're familiar, but then they're also hearing trusted voices, their own elected officials, in some cases, appearing and saying things that are not true.

GRINSPAN: Exactly. And then you have the fact that listeners of these stations may run across similar conspiracies in Spanish on a platform like Facebook, which further reinforces and legitimizes that content. But actually, there's a better point that I should make, which is that, of course, talk radio in English can spread just as much misinformation as talk radio in Spanish.

KELLY: Absolutely. The problem is not unique to Spanish talk radio. Sure.

GRINSPAN: But the difference is that Spanish language talk radio listeners - again, these are folks who likely only speak Spanish. They don't have the same access like English speakers do here in the U.S. to other kinds of publications or more mainstream media - you know, like newspapers and the like - to balance out what they may be getting from these radio stations. So there's less of a counter-narrative that they're exposed to to the talk radio content.

KELLY: There are other Latino elected officials who are trying to pressure these talk radio stations and say, hey, if you're going to put something on air, you got to fact-check it. You just can't spread things that aren't true. How is that conversation working? What are they saying and are the radio stations responding?

GRINSPAN: Yeah. Over the course of the last year, there has been this very noticeable uptick in sort of pressure being put on the stations. Last year, at the national level, some members of the Congressional Hispanic Caucus requested an FBI investigation into this information targeting Hispanic communities. I don't believe anything has come out of that yet. Locally in South Florida, some Latino groups are being increasingly vocal about this and pushing for accountability, really pressuring stations to fact-check information. But if you talk to these groups, they'll tell you that the rhetoric really hasn't gotten better at all.

KELLY: What do the stations say? How do they defend this?

GRINSPAN: Well, they say that it's a right to present these arguments, you know, these talking points.

KELLY: These falsehoods - I mean, it's lies. They're broadcasting lies.

GRINSPAN: But I really haven't detected much of an awareness that they're doing something wrong or dangerous. And, you know, I would like to mention that it's, of course, not every single host or commentator on these stations that is playing a role spreading misinformation. You do have some responsible journalists who are part of these stations as well. But even they'll tell you that, you know, they are getting away with murder right now with the bulk of the content.

KELLY: What's your sense, having spent close to a year reporting on this, of how widespread a problem it is? How many families are there like the one we heard from at the top?

GRINSPAN: There are many. You know, over the course of the last year, I, you know, ended up having lots of really emotional conversations with folks who said they were struggling to recognize their parents or their abuelas anymore. And part of the reason why is that a recurring point, I guess, made on a lot of these Spanish language talk radio shows is the notion that under Biden, the U.S. is getting closer to socialism and communism, because nowadays it's become a national talking point for right-wing politicians and publications to tie even the most centrist of Democrats to socialism. But for these immigrant communities, it's really much more than a talking point. These are folks who have lost everything under authoritarian socialist regimes back home, and they come here thinking that they were going to be safe from that ever happening again. And this rhetoric is making them doubt that, and it's leading to this tough, almost existential crisis at this point.

KELLY: I'm thinking about the significance of this. Tearing apart families is obviously awful and a very personal story. It sounds like you heard many of those. This is also politically significant. Cuban Americans are big Republican voters in South Florida, and if they are voting based on information that isn't true, that's a problem.

GRINSPAN: Yeah, that's right. And in the 2020 election, we saw this - really a compelling rightward shift among the Latino electorate and in South Florida. And it lends credence to the notion that Spanish language misinformation is playing a role in shaping folks' political perceptions.

KELLY: Thank you so much for speaking with us.

GRINSPAN: Thank you for having me. 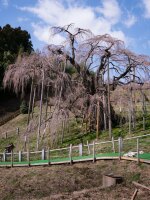