This story is part of a series on lasting ways Montana is adapting to the pandemic. It’s funded in part by the Solutions Journalism Network.

The coronavirus pandemic has hit Montana’s cattle ranchers hard. Midwest meat plants shuttered because of disease outbreaks, upending the traditional supply chain and leaving ranchers with animals they might not be able to sell. The burgeoning local food systems may play more of a role going forward.

Michele Schahczenski is a general manager of the Yellowstone Valley Food Hub, a cooperative that started a couple years ago to connect Billings area farmers and ranchers with buyers. During the statewide shutdown that took effect at the end of March, business spiked. Big time.

"So we've really seen like a 10 fold increase in our sales. So it's made a huge difference," Schahczenski says.

That has been a definite boon for more than a dozen area producers who sell their meat and produce direct to consumers. It’s allowed the group to hire a new GM (Schahczenski) and to ponder how the pandemic might change how people restock refrigerators.

So that’s the rub, and here’s another: price. Products at the co-op, including beef, are more expensive than what you’d find in the supermarket. Schahczenski says there’s virtue in that; those dollars stay in the local economy and allow consumers to connect to farmers and ranchers as well as to the land that produces their food.

"I think that's how you can really build resiliency in a food system, and as coronavirus has kind of taught us, we're seeing a lot of fragility be demonstrated in these larger food systems. So this has been a real demonstration as to the value of diverse local and regional food systems," Schahczenski says.

"I do think there's a growing consumer base who would demand or who would prefer local product," Montana State University Agricultural Economist Eric Belasco says. "You know, they tend to be higher income earners, people who are traveling, whether they want to spend a little bit more on their product, if it's locally grown. I think that's fine. But you know, that's not the typical American consumer. I think the typical American consumer wants a low price, high quality beef product."

It’s not that economists like Belasco don’t understand how coronavirus has upended the system. It’s that the system generally works.

Feeder calves raised in Montana and finished at a handful of colossal midwest feedlots then go to nearby meat packing plants. Only about five percent of Montana cattle are processed here. This vast assembly line system means Montana beef can get to supermarkets everywhere at a cheaper price.

During the pandemic, the system gummed up. The four major meat packing plants responsible for 80 percent of U.S. cattle slaughter intermittently suspended operations because of COVID-19 outbreaks in the workforce.

With processing down, demand for Montana’s feeder calves plummeted. Prices tanked by more than 30 percent. At the same time, demand for meat by home bound Americans increased, leading some consumers to pay more for a fewer number of cuts.

"It's the most frustrating of situations," Ben Thomas, Director of Montana’s Department of Agriculture, says. "The same people who aren't barely being compensated for the beef they're producing, are then going to the grocery store and being asked to pay more."

But Thomas says the current disruption to national supply chains doesn’t so much reveal the intrinsic flaws in that system since the pandemic is a singular event. Rather, it highlights the intrinsic value of a local system. In other words, post-pandemic, there’s a role for both.

"And look, we're always going to be a state that produces high quality commodities that are eventually exported around the world. That's something we've done as long as the state has existed. It's something that has been a huge economic benefit for the state, and we'll keep doing that. But also on top of that, we're now, as an industry, more diverse than we've ever been before. That's good for producers because that means you can diversify, but it's also a huge opportunity for consumers. We can do it all."

The state is using federal CARES Act funds to bankroll new programs that support local food systems. The ag department’s offering $500,000 in grants. The Governor’s Office of Economic Development is putting $5 million into another grant program to help companies scale up.

This would include Montana’s few dozen independent meat processors that have struggled for decades to compete with the Midwest behemoths. It would also get more Montana beef onto Montana tables and shore up a growing regional food system for an uncertain future.

"I think the effects will be lasting long beyond COVID. There's nothing more fundamental to human civilization than paying a farmer directly for food that you're going to eat and feed your family," Thomas says.

Back at the Food Hub, Michele Schahczenski is helping customers do just that.

Customers stay in their vehicles as she fills orders placed online, loading them straight from rows of coolers into cars.

"Consumers are recognizing the value of local food and local community, but then they're also tasting it, you know, they're trying this food and it's good. It's good food," Schahczenski says. 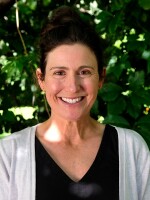