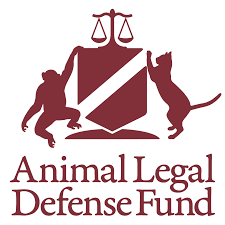 A Wyoming animal shelter using pepper spray to train a puppy has caused outrage in the community. It's also shone a spotlight on the region's animal abuse and neglect laws.

Diane Balkin is a senior staff attorney with the Animal Legal Defense Fund. Each year the non-profit ranks states by their animal protection laws. Wyoming is 48th. Balkin said part of the problem is the way the laws are written.

"There are many cases where the perpetrator of animal cruelty intends to punish or discipline an animal, and goes way overboard. And then they can claim, "Well, my intent was not to harm the animal,'" said Balkin.

Under Wyoming law, if there was no intent, it's not a crime. Balkin said this is also an issue with people leaving animals in their cars when it's hot outside.

Each year the non-profit ranks states by their animal protection laws. Wyoming, Utah, and Idaho all fall into the bottom ten, with Montana ranked 39th. Colorado has much stronger laws and is ranked 10th.