Forest managers across federal lands in Montana are intentionally setting fire to piles of underbrush, slash, and anything that could fuel a future wildfire. Controlled burns were halted this past spring due to concern that smoke could aggravate COVID-19 cases, but now as cases reach new highs, forest managers are addressing their backlog of burns.

On a snowy November morning in Missoula’s Rattlesnake Recreation Area, Andy Bidwell lifts his lit drip torch up to a six foot high pile of branches.

"The key is just to find a dry spot underneath here that doesn’t have a lot of snow."

There’s already a few inches of snow covering the slash, but there’s dry butcher paper inside the piles, which has helped Bidwell, the burn boss today, and his crew successfully light 10 acres of piles adjacent to the trailhead parking lot. The hillside is filled with what looks like multiple bonfires, fed by branches and small diameter trees that weren’t suitable for logging.

Controlled fires, like this one, are meant to thin the vegetation in the forest and reduce the fuel potential for wildfires. The U.S. Forest Service cancelled prescribed burns last spring over COVID-19 concerns, so Press Officer Dan Hottle says that they’re now working through a backlog of projects that will give forests in Montana, Northern Idaho and the Dakota prairie grasslands benefits for roughly 20 years.

"So this year we had a goal of around 100,000 acres. When we paused our burning operations in the spring, that certainly set us in a backseat for being able to accomplish that. But now with robust fall burning, we’re on track to meet about 65 percent of that goal," Hottle says.

Hottle says that after a bad fire season across the West in 2020, prescribed fire isn’t just a nice to have, it’s crucial for a healthy landscape and mitigating wildfire potential.

Jonathan Olsen is the prescribed fire and fuels specialist for Helena-Lewis & Clark National Forest. Over Zoom, he told me that forest managers prioritize burning in areas of forest closest to communities, also known as the wildland urban interface.

"Sometimes people misunderstand and think what we’re trying to do with our fuels treatment is to fire proof things. And that’s by no means what we’re trying to do. The big thing is, is that it reduces the intensities of the fire and allows for increased opportunities for fire people to be successful in containing a fire," Olsen says.

Scientists agree that there’s a long history of their effectiveness. Native Americans were using fire years before white settlers even arrived to burn underbrush and promote growth of useful plants.

"Fire has played a role in Montana’s ecosystems, since the beginning. It’s a critical part of the system and we’ve done a good job taking it out of the system for roughly 100 years," Olsen says.

With prescription fire, the Forest Service is trying to mimic this suppressed natural process in a controlled manner. But there are lots of barriers. It can be costly to treat forests, particularly cut and slash. And lawsuits can also hamper a prescription’s progress, since burns are often bundled with logging treatments that can be opposed by conservation groups.

Back in the Rattlesnake, it’s snowing as Bidwell gets the pile to erupt into flames and a thick cloud of white smoke.

"So the smoke’s carrying up and away, which is what we like to see," Bidwell says.

The smoke blanketing the hillside is moving away from us, up and out of the canyon so efficiently that it doesn’t even smell like a campfire and we’re standing just a few feet away.

Bidwell says this Rattlesnake burn was postponed from the week prior because air circulation was too stagnant.

"Whether there’s a pandemic or not, we want to avoid putting smoke towards communities and people," Bidwell says.

Jonathan Olsen says managers must wait for the stars to align, times when temperature, humidity, wind speed and direction will allow enough fuel to burn to make the prescription effective, while also helping managers maintain control of the fire. And disperse the smoke. Like Missoula, the Helena valley can also be a smoke trap. And they have about 50,000 piles to work through this winter.

"We never get enough windows to burn everything we want to," Olsen says.

And, sometimes there’s not enough staff. Helena-Lewis & Clark missed the weather window to do broadcast prescriptions, which are controlled burns that are many acres in size, because fire crews were busy helping fight wildfires in California and Colorado.

Parts of the West are staying drier later in the year, making them more susceptible to wildfires. Earlier this month Custer Gallatin had to halt a broadcast burn only a few hours after it started when the Porcupine Wildfire broke out a mile away.

While Lolo will stop burning by the end of November, both Helena-Lewis & Clark and Custer Gallatin will continue burning through the winter and into spring.

The best way to find out where controlled fire is happening is to contact your local ranger station. 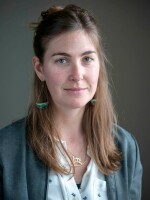