The underground world of debt collection in South Korea

The hit Netflix show "Squid Game" is a dystopian fantasy where the poor are pitted against one another in a series of childhood games with a life-or-death outcome.

SHAPIRO: It's all in an attempt to pay off their crushing debts. And debt is a real problem in South Korea, where an underground world of loan sharks and debt collectors fuels an economy of desperation.

Victoria Kim reported on this for the LA Times and joins us from Seoul. Hi there.

SHAPIRO: Tell us about the man who opens your article. He's a coffee shop owner who got sucked into this world.

KIM: Yeah, he's a gentleman named Mr. Park that I interviewed about a lending experience that he's been having for the past three years or so. And it operates very differently from a traditional bank loan. He turned to it when he had exhausted all other options in terms of where he could borrow money. And he found out about it from a business card that was tossed at his feet from a motorcycle that was speeding down the street.

SHAPIRO: That detail is so vivid - just, a motorcycle zooms by, and a business card is tossed at his feet.

KIM: Yeah. And in some ways, that reflects the show and the business card opening things as well. But the money was hand-delivered to him in cash, and these gentlemen with tattooed sleeves and shaved heads started coming by his door every day to collect on the debt. And the interest rates amounted to about 200% annually, which is about 10 times the legal limit here in South Korea.

SHAPIRO: Now, predatory lending and aggressive debt collectors exist in many places, including the U.S., but it seems like this is an especially pervasive problem in South Korea. How widespread is it?

KIM: It's tough to say how wide exactly it is because it is an illegal business. But it definitely does seem to have increased of late, with the economic instability from the COVID-19 pandemic. It's been a long-existing problem in South Korea. And the reputation is that these lenders come from the underworld, and the ads for these types of loans can really readily be seen on subway doors, taped to bus benches, just every day on the street.

SHAPIRO: You write that, according to the Bank of Korea, citizens in their 30s have borrowed on average more than 260% of their income. I mean, that's not all from these underground lenders. But still, that's a shocking number.

KIM: Those are actually the legal lending that's happened, and it's really surged in the past year. There has been really surging housing prices and a lot of economic insecurity that's really incentivized a lot of young adults to really feel like they don't have a solid economic future in traditional employment, as their parents did, and that they take out these loans to bet on things like the stock market or cryptocurrency.

SHAPIRO: And so what has this meant for Mr. Park, the man who opens your story who's been dealing with this for three years?

KIM: Mr. Park tells me that, as much as it may be a shadowy industry that is illegal, for him, it was really a last recourse, and it's been a lifeline. It's helped him keep his business afloat and his employees working during the pandemic. He doesn't know how much longer he can keep it going, but for him - to him, it was an option that South Korea's economic system otherwise didn't afford him that he really needed.

SHAPIRO: Wow. How do you balance that scary whirlpool of debt that people get sucked into with this man telling you, for him, it was a lifeline?

KIM: I think it really lays bare the economic problems that South Korea has. That's definitely not unique to South Korea that there is, really, blind spots in the social safety net. And for a lot of people, this is the only option that's left to them.

SHAPIRO: Victoria Kim is an LA Times staff writer based in Seoul. Thanks a lot.

Ari Shapiro
Ari Shapiro has been one of the hosts of All Things Considered, NPR's award-winning afternoon newsmagazine, since 2015. During his first two years on the program, listenership to All Things Considered grew at an unprecedented rate, with more people tuning in during a typical quarter-hour than any other program on the radio.
See stories by Ari Shapiro 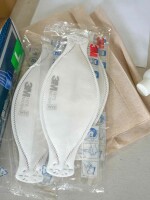 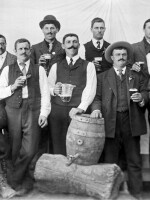