Montana’s political parties are getting ready for a sprint race to fill the seat of former Congressman Ryan Zinke. Zinke was confirmed as secretary of the Interior Department for the Trump administration this morning. Shortly after, Zinke released a letter resigning as Montana's lone voice in the U.S. House.

The announcement spurred into motion a 10-day political tournament between more than a dozen politicians and political outsiders hoping to replace Ryan Zinke.

"All of them have been traveling across the state and, you know, there's some folks who have had a lot of time to visit with people and there are some new folks that have entered in," says Nancy Keenan, Executive Director for the Montana Democratic Party.

Democratic delegates from around the state are gathering this Sunday, March 5 in Helena, to select their nominee for the special election for the U.S. House, which will be held May 25. When asked, Keenan wouldn't name any front runners out of the eight Democrats who want to replace Zinke.

She says it's not the job of party leaders to choose between candidates.

"Our role is to run the convention. It is the role of those delegates who are elected in their communities to choose who they think can best represent them," says Keenan.

Keenan says every candidate, once they're sponsored by at least two delegates, will have a turn to give a speech about why they’re the best pick for the nomination. Then whoever wins the support from a majority of delegates, becomes the party’s candidate.

After losing  Montana’s U.S. House seat in November to Ryan Zinke by 15 points, this special election gives Democrats a second chance. The party will be holding a rally they’re calling 'Blue No Matter Who,' directly after their convention Sunday, aiming to tap into the support thrown behind other protests and rallies since Trump has taken office.

"Blue No Matter Who is basically calling all our activists and folks that have been involved  since the election," says Keenan. "And at that point begin to talk about how we can mobilize people in their local communities, knocking doors making phone calls, talking to their neighbors."

Keenan says whoever is nominated by the Democratic party will run on a message of keeping President Donald Trump in check, because, although Trump won 56 percent of the state in November, Keenan says Montanans still want a representative that will question Trumps actions.

"I think the choice for the voters is going to be really clear," says Montana GOP Chair Jeff Essmann. "Donald Trump was favored in Montana very strongly just a few months ago. I believe those voters will be turning out again to support Trump's agenda." 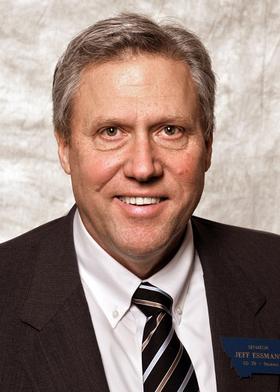 And Essmann says that means picking another Republican to fill Ryan Zinke's seat. Republican delegates will nominate their party's contender in Helena on Monday, March 6th.

Essmann says  there are seven people who've paid the party's required $1,700 entry fee. The Republican party also requires nominee hopefuls to have the endorsement of 10 other party members from around the state. Essmann says he intentionally stays away from picking favorites, or saying what candidates will likely win the party's nomination. He says it will be up to the four delegates that lead each county's Republican party to vote on who becomes the GOP nominee.

Essmann says the Montana GOP has already started fundraising and hiring staff to promote voting efforts among their party once it’s clear who they'll be supporting.

"The wheels are in motion for us to support a strong run, and a win in May," Essmann says.

The special election to select Montana's next U.S. House Representative will take place on May 25. Governor Steve Bullock made that announcement this morning, choosing to hold the election as soon as Montana law allows.