The remains of a missing World War II soldier from Montana are now identified.

Corporal Franklin Bennett, from Glendive, was among the U.S. personnel who surrendered in the Philippines in December of 1941. The Defense POW-MIA Accounting Agency announced Friday the Department of Defense confirmed his remains this past summer.

According to prison camp records, Franklin Bennett died on July 19, 1942, and was buried along with other prisoners in the local camp cemetery in Common Grave 312.

In early 2018, the unknown remains were disinterred and sent to a military base in Hawaii, where laboratory analysis identified Bennett’s remains.

Through genealogy tracking, the U-S Army found and contacted Linda Raney, who lives in Florida. That was the first time she’d learned about Bennett, and that she was possibly his niece, one of the few remaining relatives.

“We had to visit here at my home,” Raney said. “It was over three hours just explaining the journey and everything that's taken place and everything was well documented and well presented.”

Bennett’s service in World War II included the 65-mile Bataan Death March and time at a POW camp in the Philippines. Raney says it was inspiring to learn the history and family heritage, but the poignancy of the meeting surprised them all.

“They were very, very much moved by discovery and the process. It was overwhelming,” she said. I thought it would just be an informative interview, [like] thank you for doing that, and thank you for the information. But I did not expect it to be as emotional.”

Bennett’s remains will receive a military escort to Pensacola and be laid to rest with full military honors in the Barrancas National Cemetery. Raney’s eight grandchildren plan to participate in the ceremony.

Raney will receive a medal of honor, the Purple Heart, the bronze medal, and other declarations on her uncle’s behalf. 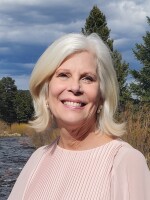