A few of Montana’s actors such as Gary Cooper and Myrna Loy found success during the Golden Age of Hollywood. For more than a century, Montana has supplied a rich variety of film and musical entertainment and personality—from daredevils to dancers, mostly unknown, until now.

Brian D’Ambrosio’s new book, Montana Entertainers, Famous and Almost Forgotten, gives us a glimpse of many unsung heroes and heroines of the entertainment world, including a few African American and Native American actors such as Chief Many Treaties and Taylor Gordon.

From onetime Butte resident Julian Eltinge who went on to become America’s first famous female impersonator to Steve Reeves who went on to play the role of Hercules, Montana has its fair share of interesting entertainers!

Brian D’Ambrosio lives in Helena, Montana. He has written several books, including most recently Montana and the NFL, as well as more than three hundred articles about Montana people, places and things. 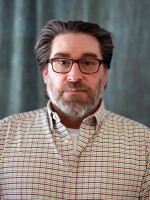