The center to any good story is the people in it. A film being produced by Stan Parker and Peter Tolton, focuses on the father-son duo of Jim Markel, Sr., and Jim Markel, Jr., as they travel through Vietnam to re-visit the places Jim Sr. was stationed during the Vietnam War.

As filmmakers, Parker and Tolton believe in the power of story to spread empathy and understanding. By giving audiences the chance to step outside their lives for even a moment, film presents opportunities for fresh perspective, thoughtful reflection, and personal discovery.

Through screenings in the community and the conversation to follow, this film will enrich viewers with a stronger understanding of the veteran experience and encourage dialogue among families and friends. This is strengthening communities with art that matters.

Stan Parker is an independent journalist and filmmaker based in Billings. His most recent experience in documentary film includes working as a producer, camera operator, and post-production technician for Makoshika (2015). Previously, he directed Banking on Trust (2012).

As a reporter for Law360 (2014-2017), Stan covered energy and environmental litigation out of New York City, before moving to the company’s data team.

An enduring interest in telling the stories of those living lives of service has taken him to Mexico multiple times to produce outreach videos for non-profits in the San Quintín Valley.

Stan graduated with honors from Pepperdine University in 2011, majoring in Journalism and Spanish. He is 2007 graduate of Billings Senior High.

His experience in documentary films includes serving as producer and production manager for Makoshika (2015). He regularly produces music videos, marketing content, and documentary films, as well as contributes to large productions.

At Russ Plath Law (2011-2017), he honed business and legal writing skills as a paralegal. He has contributed to work published by PBS Newshour, Last Best News, Montana Trial Lawyer, Yale Environmental 360, and Inside Energy.

Pete graduated with honors from Montana State University Billings in 2011, earning a BA in English. He is a 2005 graduate of Billings Senior High. 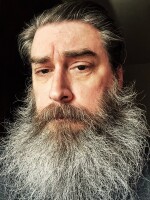